207003 1983 BMW R80ST, Red. Under 16,000 Miles. Fully Serviced, ready to ride, new battery and tires, plus much more. This rare 1983 BMW R80ST is ready to ride for the season. When we bought it, it had an internally damaged cylinder and head, from something being dropped into the cylinder. We opened it up and found the head had been damaged internally beyond easy repair, so we found another low mileage cylinder and piston, and another head. To insure both cylinders running evenly, we installed new rings on the pistons, and gave both heads a full valve job, with new valve guides, so they would both be like new and run as a matched pair. While the engine was apart, we also inspected the crankshaft and bearings to insure there was no damage there. Fortunately, the bottom end was perfect. We installed new seals and gaskets on the front cam chain cover and rear main seal and oil pump o’ring, and reassembled the motor. While we were there we also cleaned and inspected the clutch parts and found those to be excellent also. The carburetors were rebuilt, and a ground upgrade kit was installed on the motor. A full set of front steering head bearing was installed, the forks were rebuilt, and proper optional BMW accordion boots were installed to keep dirt out much better than the original rubber slider caps. A new throttle tube and gear were installed. The master cylinder was beyond rebuild, so a new handlebar master cylinder was installed. A new clutch cable was also installed. A new Dyna dual outlet hot coil was installed to replace the typically cracked stock coil. New plug wires and caps were also installed. The fuel tank liner was less than optional, so the original tank lining was chemically removed, and a new lining was installed using POR15 Motorcycle Fuel Tank Sealer. The wheel rims were straight, but the aluminum was very dull. We hand polished both rims, and installed and serviced new front wheel bearings and seals (the rear wheel bolts directly to the final drive without any bearings). Then new Metzeller tires were installed and balanced on both wheels. There is a tool tray under the seat, but there is no BMW tool kit. Finally, a complete BMW Factory recommend 10K Service was performed. Then we took the bike out to put on break-in miles on the motor top end. After 500 miles, we will re-torque the heads and readjust the valves and change the oil and filter. The R80ST was only built in 1983 and 1984, and is the rarest single model ever built by BMW. It is slightly shorter than the standard chassis BMWs, so it handles very quickly and easily through the tightest corners. The design originally started out as the highly popular R80GS, and BMW installed a 19” front wheel instead of a 21” wheel. They also installed a slightly shorter rear shock. Design wise, the R80ST retains the basic look of the R80GS, with a lower suspension and street tires to make it the ultimate bad road or back road bike, while still making an excellent urban daily commuter, two-up day tripper, or solo touring bike perfect for exploring all those “Scenic Routes” marked in green on the map. The combination of the super smooth 800cc motor, and the slightly lower rear gear ratio, make the R80ST VERY responsive to the throttle This BMW is seriously fun to ride! 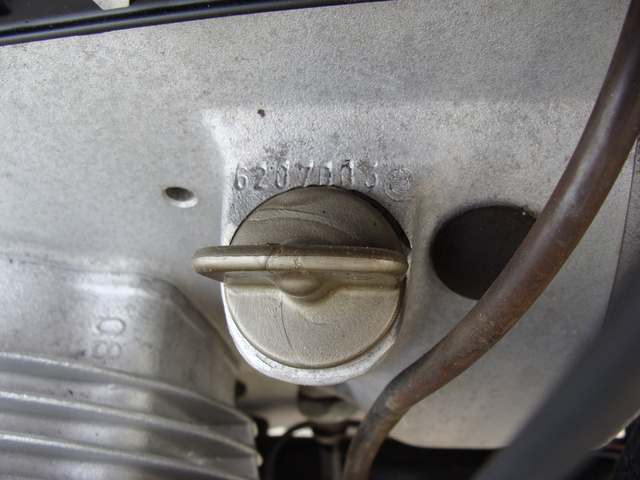